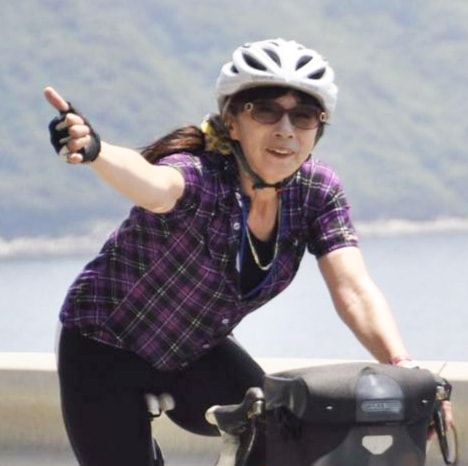 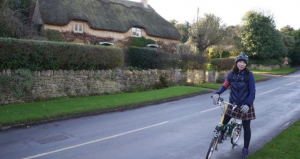 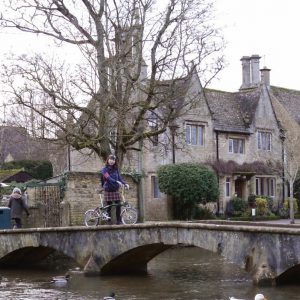 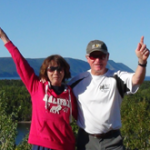 Eriko Nishida has competed in numerous races both in Japan and overseas since she first began participating in triathlons out of personal interest while working at an auditing firm in 1990. As part of her training regimen, she participated in cycling tours in numerous countries including the United States, which enabled her to discover the joy of traveling by bicycle.

Realizing that the style of bicycle touring popular in Europe and the United States had yet to take hold in Japan, she determined to bring this new genre of travel to her home country. Ms. Nishida formed the travel company Planet Adventure in 2014 for this purpose, and also for the collateral benefit that it would have in helping tourism to revitalize local economies in Japan.

She has been conducting cycling tours ever since, both in Japan and overseas.

Through this experience, she became aware that Japan still lacks venues in which cyclists can learn fundamentals like basic cycling and group riding techniques, guiding methods, and essential sports riding skills, as well as group guiding techniques.

In Britain, where bicycling education methods are well established, she has studied cycling education and been certified by the government of the United Kingdom as an instructor, while also obtaining official credentials as a tour operator and guide.

She currently serves as a consultant advising local governments around Japan on how to better accommodate cyclists. She also works with local governments and tourism associations to develop beginning cycling educational programs based on the pedagogical methods used in Britain, while also working to train cycling tour guides.